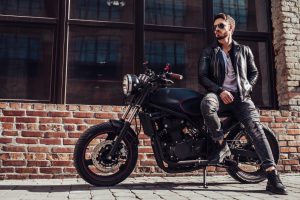 Brutalism is hot, but it’s not recent. The term was first applied to architecture in the early to mid 20th century that was stark, almost crude in its simplicity, and sported sharp and severe lines. Movies in the late 1960‘s sometimes employed fashions that were considered to be examples of brutalism. Today, you can purchase men’s casual shoes that are considered brutal.

So what’s the statement brutal men make when they choose brutal footwear? Here are some thoughts that will help you understand the appeal of this particular fashion statement.

One of the primary factors that makes shoes, clothing, and even tattoos brutal is the uncomplicated nature of the design. It’s not unusual for the shoes to utilize black leather and be relatively free of any type of ornamentation. The goal is to present a look that is basically bare but still provides plenty of protection for the feet.

The man who likes to keep things simple while still projecting an image of stark masculinity would go for this type of shoe. He would also likely sit down with tattoo artists and choose designs that are free from a lot of colour, basically black just like the shoes and clothing, and includes some image that is easily associated with an alpha male. The message is clear and leaves no room for misunderstanding.

While one could argue that brutalism is a trend, others would say it’s simply a means of personal expression that is not bound by current fads. While it may fall in and out of fashion from time to time, those who prefer the starkness, the sharp lines, and the simplicity are not typically concerned about which way the winds of fads happen to blow. They know what they like, that’s what they choose to wear, and there’s no room for argument.

Brutal Fits Into Any Season

Brutal shoes aren’t limited by season either. The brutal man may not have a large collection of footwear, but he will have options that are in line with his personal style and happen to work with any type of weather.

Not everyone knows it, but brutal footwear is not just boots. There are also shoes that sport the brutal style. You can even find sandals that would be considered a brutal design. That makes it easy to always have something that is right for the season.

People may wonder about the linings found in brutal shoes and boots intended for winter wear. The linings are sometimes fixed and sometimes removable. In any case, they are made from practical materials that help to protect the feet from the cold and the moisture. Combined with the durable materials used for the boot shell, you can bet they provide ample protection.

Remember that brutalism is more than a statement about fashion or personal taste. It is a defining factor in the way a man views the world at large and himself in particular. From selecting the right body art at one of the better tattoo walk-in shops to investing in clothing and footwear that give that view outward expression, it’s about being true to the self.