You’ve loved Merrell boots for years, but how much do you know about the company’s history? While the brand has not been around as long as some of the competition, the evolution of Mer-rell is one that will help you appreciate those boots even more. Here are some of the things you should know about the Merrell Company and why it will continue to be around for a long time. 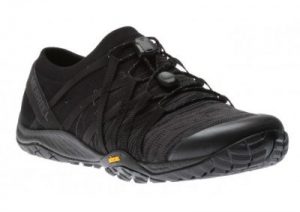 Merrell shoewear has been around since 1981, but the story actually begins a little before that. Randy Merrell al-ready had experience in the footwear industry. Specifically, he was trained in the art of shoe making. he decided to take that training and try his hand at coming up with designs for hand-made cowboy boots. The response got him to thinking: what about starting a company that could offer great hiking boots?

With his reputation, it didn’t take long for word to spread through the industry. When he decid-ed to team up with John Schweizer and Clark Matis to form Merrell Shoes, they had a winning combination. Randy brought his experience in the industry up to that point. Clark was an all- American Olympian with experience in the ski industry. John was also a professional athlete with an eye for performance and comfort.

Each brought additional skills and abilities to the table. Design was Randy’s forte. Clark had pro-duction management experience along with a talent for marketing. John understood how to run a business and had connections that would serve the new enterprise well. By combining their talents, they came up with ways to design and market boots that quickly developed a reputation for quality, comfort, and support.

One factor that set their boots apart from the rest was the pricing. While not compromising on quality, they were able to produce the boots at more cost-effective rates. Some of that savings was passed on to customers in the form of more affordable prices.

By 1986, the company had sold it’s 25,000th pair of boots. While the company was successful, Randy wanted to move away from the hectic schedule and get back to the basics of designing custom boots. After he sold his shares, it was just a matter of time before a major player in the industry made an offer for the company as a whole.

Karhu was that player and the acquisition was completed the following year. Production was moved to Asia and the expanded manufacturing process allowed the company to continue grow-ing. During the calendar year of 1988, Merrell shoes for sale exceeded the $4 million USD mark for the first time in the company’s history.

1997 saw the company being acquired by Wolverine. Like Josef Seibel shoes, Merrell continued to expand under new ownership, eventually becoming available in more than 150 countries around the world.

Reaching Milestones in the 21st Century

The new century sees the company continuing to reach new heights. Along with boots, the company now offers a like of Merrell women’s shoes and Merrell sandals for men and women. Different types of apparel are now sold under the brand. For the first time ever, annual sales exceeded $20 million USD in calendar year 2010.

While the history of Merrell is fascinating, it’s not completely written yet. Keep enjoying those boots, shoes, and sandals. While you are at it, watch for the next big thing from this company. You may find even more reasons to keep buying their products.